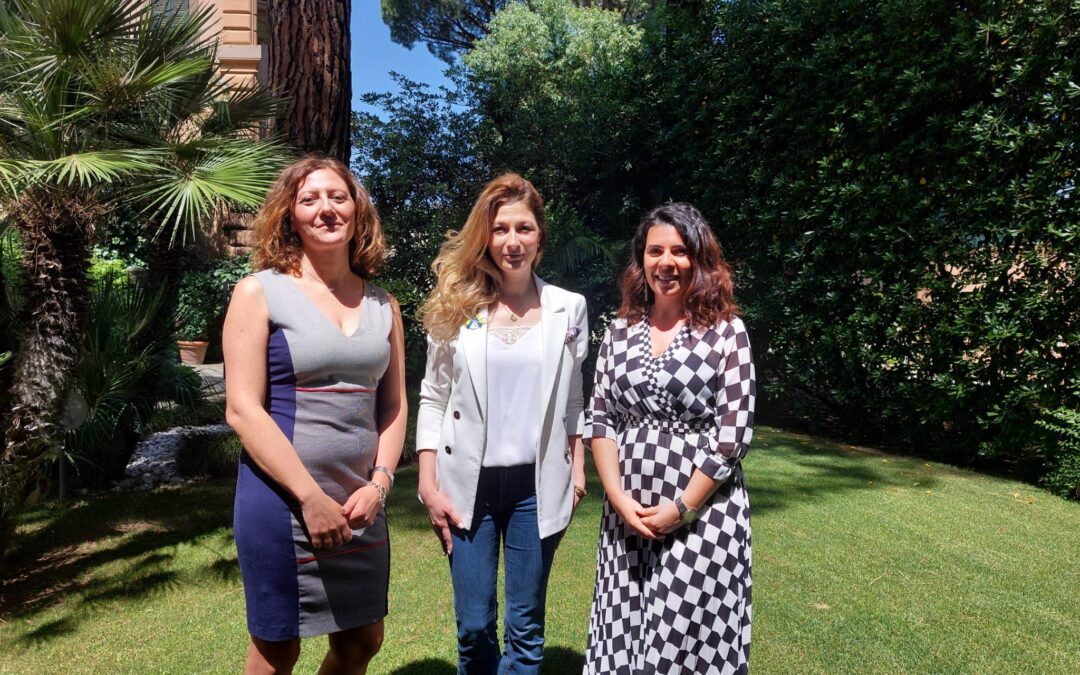 On Saturday May 21, 2022, in Rome,  WIIS (Women in International Security) Italy, in collaboration with the U.S Embassy in Italy, promoted a closed-door meeting on “Gender & Security” with Ukraine’s first Deputy Foreign Minister, Emine Dzhaparova.

As a Ukrainian and Tatar woman, the Deputy Minister shared in a rich conversation with the participants her experience as a journalist and politician, starting the 2014 referendum, when she had to leave Crimea, her home, until today. In the informal and welcoming setting of the gardens of Villa Pinciana, it was possible to listen to the Deputy Minister’s reflections on the conflict and its expected evolution, the role of women, and the likelihood of Ukraine’s accession to the European Union.

A war described by the Deputy Minister as something that had long been planned and that is now in need of a European response. She hence welcomed the positions adopted at the Council of Europe held in Turin on May 20, where countries, Italy first and foremost, showed their support for Ukraine, its independence, sovereignty, and territorial integrity. According to Dzhaparova this is key and it was well received by her country that is deeply welcomed by her country, which feels European and  hopes that EU Institution will positively consider Ukraine’s membership application this coming June.

Regarding the role of Ukrainian women in this war, the Deputy Minister described her compatriots as ‘warriors’ who, although not on the battlefield and although not involved in the formal negotiations, are now playing a fundamental role for their country both in the political and social realm. In this regard, she pointed out that the country is going through an increasingly broad democratization process, where many women are also starting to be part of the decision-making process.

Speaking further about possible scenarios, the Deputy Minister said that Ukrainian people have shown great resilience, both militarily and psychologically. Nevertheless, international support is needed to reach the negotiations phase, to prevent millions more from leaving the country, and to stop Putin’s expansionist ambition, which is not limited to Ukraine and could affect other countries, such as Moldova or Georgia. Russia’s military and infowar offensive, though weakened, require a concrete and united response.

“The conflict in Ukraine reminds us once again how necessary it is that we all work together, men and women, to build peaceful and inclusive societies. The contribution of women, albeit often in the shadows, is crucial. And the strength and courage of Ukrainian women are proof of this” concluded Loredana Teodorescu, President of WIIS Italy. “The meeting was a way to reaffirm WIIS Italy’s support for Ukrainian women in their struggle for their rights and freedom” added Nicoletta Pirozzi, Vice-President of WIIS Italy.