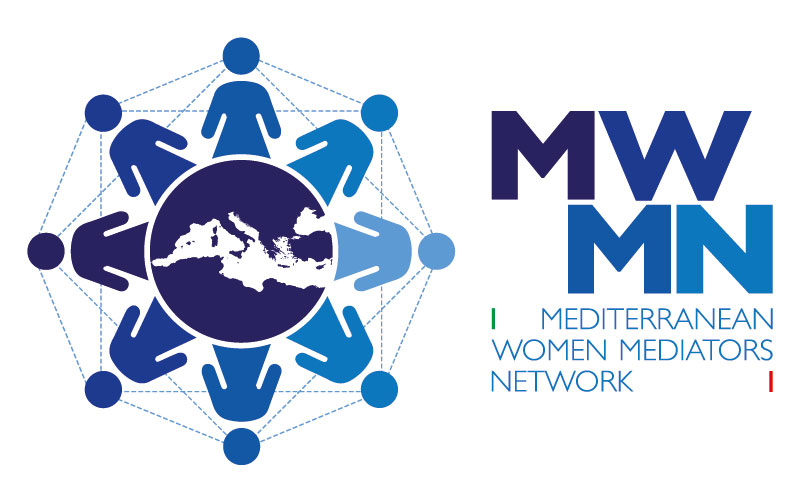 The Mediterranean Women Mediators Network, a project initiated and promoted by the Italian Ministry of Foreign Affairs and International Cooperation, in cooperation with the Italian section of Women in International Security (WIIS Italy) and the International Affairs Institute (IAI), was launched in 2017. Its aim is to respond to the need for increasing the number of women involved in peacemaking efforts, and to facilitate the appointment of high-profile female mediators, both nationally and internationally. The Network is also part of the projects funded under Italy’s third National Action Plan on “Women, Peace, Security” (UNSCR 1325).

The Network also aims at reducing and filling a networking capacity gap in the Mediterranean area, an area not entirely covered by other current networks of female mediators. Stability in the Mediterranean is a prerequisite for the security of the whole region. With its complex socio-cultural context, women mediators can bring strategic knowledge and contribute to conflict resolution and lasting peace.

As part of this project, WIIS Italy coordinates the development of training activities. Since its foundation in 2017, numerous activities have been carried out including the conduct of two training and exchange of experiences sessions on “Inclusive and Gender Mediation” (in English and  in French) in Rome, supported by a series of webinars conducted by experts on security, conflict management and mediation, and with geopolitical focus in the Mediterranean.

Two local antennas were also established, namely MWMN / Cyprus and MWMN / Turkey, aimed at consolidating the work in the field of mediation at the local level, allowing not only to provide dynamism and visibility to the entire Network, but also to courage greater and more direct participation and engagement from the MWMN members. The activities, conducted by the local members include advocacy initiatives and training sessions developed to reflect the local context and needs.

In September 2019, the work done with other regional networks of female mediators led to the launch of the Global Alliance of Regional Women Mediator Networks, which took place in New York during the 74th UN General Assembly High Level Week.

To stay updated on the activities of the Network, you can visit the site at the following link and subscribe to the newsletter.

Latest news from the network 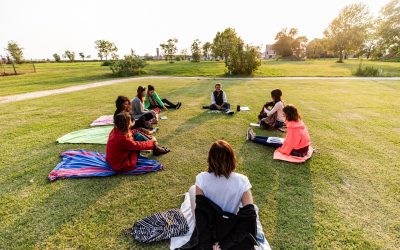 Training: Art of Communication – Techniques and Strategies of Public Speaking

In order to improve and refine the communication competences of the Mediterranean Women Mediators Network, the Secretariat decided to participate in The Art of Communication, a practical and theoretical training designed by the organization Artway of Thinking and held... 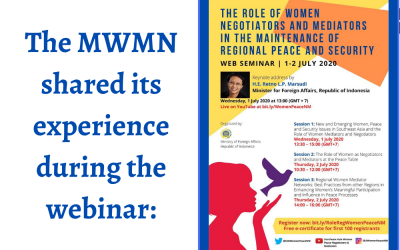 On July 1-2, 2020, the Ministry of the Foreign Affairs of the Republic of Indonesia hosted a Web Seminar on  “The Role of Women Negotiators and Mediators in Maintenance of Regional Peace and Security”. The webinar aimed at discussing relevant issues related to women... 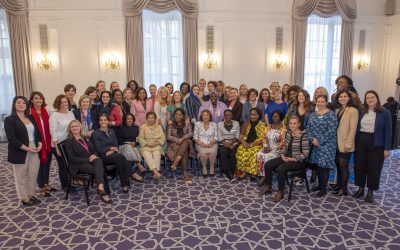 The MWMN Secretariat, in collaboration with WIIS Italy, undertakes the coordination of the Global Alliance of Regional Women Mediator Networks (GA) 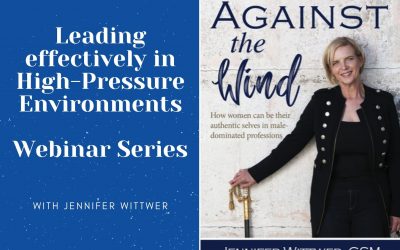 Between May 21 and June 11, 2020, the Mediterranean Women Mediterranean Network, has organised an online Masterclass focusing on women leadership aimed at providing participants with the knowledge and skills to lead authentically and effectively in high-pressure and...